Zimbabwean international and Kaizer Chiefs striker has been named the CAF Champions League Player of the Week on the World Football governing body’s official website FIFA.com. 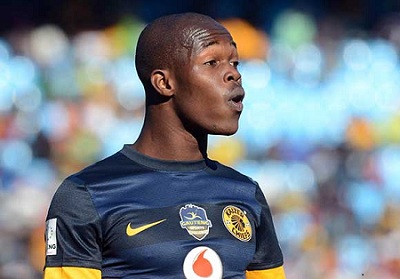 Musona was the hero for Kaizer Chiefs as they beat Mozambique side Liga Muculmana 3-0 with Musona scoring all three goals. The goals helped Chiefs set a second round match against Congolese side AS Vita who beat Dynamos 1-0.

It was his 13th goal for Amakhosi this season and his efforts did not go unnoticed by FIFA.com as named him the CAF Champions League Player of the Week . The website wrote:

“Although only 23, Knowledge Musona can already look back at two seasons spent in the German Bundesliga before returning to Kaizer Chiefs on loan from Hoffenheim. With the form displayed in Mozambique during Chiefs’ second match, the striker could well be back in Europe next season as he scored a first-half hat-trick against Liga Muculmana before being granted a well-earned rest in the second half by coach Stuart Baxter. Musona’s goals gave the Amakhosi a 7-0 aggregate victory and sent the home side to their first-ever home defeat in continental competitions.”