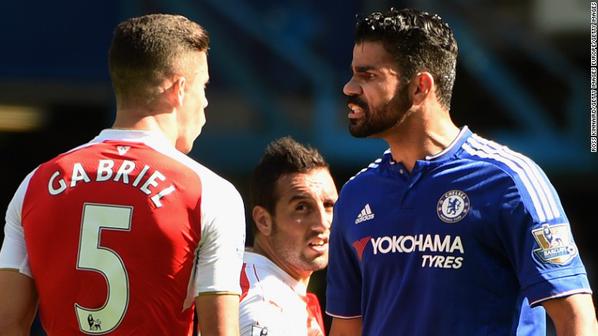 The match referee missed the incident and did not send Costa off, unlike Arsenal players Gabriel Paulista – who was red-carded for his reaction instants later – and Santi Cazorla, who got his marching orders in the second half.

The FA has also charged Gabriel with improper conduct for arguing his case after being sent off and given Cazorla a warning for the same thing.

Both clubs have also been charged with failing to control their players.

Costa was involved in several clashes with Koscielny and a panel of former referees, having analysed the video footage, said he should be charged with violent conduct.