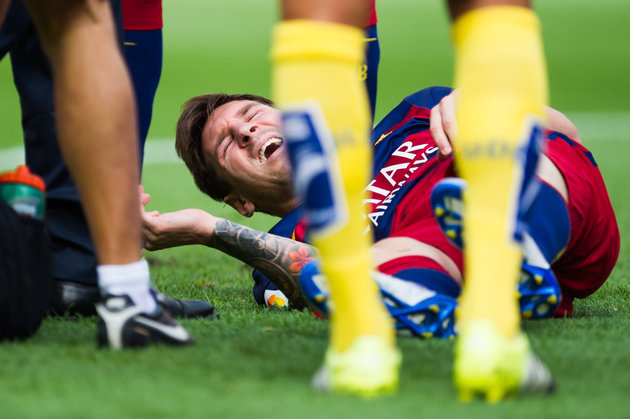 FC Barcelona forward Lionel Messi is out for six to eight weeks after hurting his left knee at Camp Nou stadium in Barcelona on Saturday.

The club announced that Messi tore his medial collateral ligament during a La Liga match against Las Palmas. This is the Argentine soccer star’s first long-term injury since suffering from a series of hamstring woes in 2013.

During one of his signature slithering dribbles into the penalty box, Messi collided with Las Palmas defender Pedro Bigas in the third minute.

He received treatment from team doctors on the pitch and tried to play for two minutes thereafter, but was unable to continue. He asked to be substituted in the eighth minute of the match.

Messi was taken to the hospital, where Spanish reporters caught a glimpse of the four-time FIFA World Player of the Year hobbling outside.