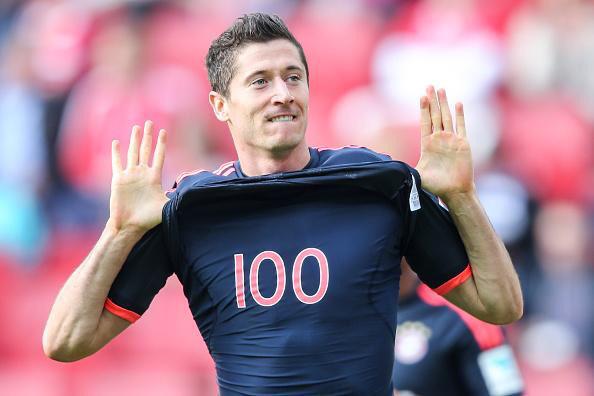 Bayern Munich moved three points clear at the top of Group F as Robert Lewandowski scored a hat-trick in a 5-0 triumph over Dinamo Zagreb.

Douglas Costa and Mario Gotze were also on target as Bayern eased past the visitors to extend their winning run to 10 games in all competitions.

Chelsea dropped down to third in Champions League Group G courtesy of a 2-1 defeat at the hands of Porto at the Estadio Do Dragao this evening.

Arsenal lost for the second time in this season’s Champions League after suffering a 3-2 defeat to Olympiacos.

Barcelona scored twice in the final 10 minutes to beat a spirited Bayer Leverkusen 2-1 at Camp Nou on Matchday two of the Champions League.