Why Mabika and Chiyangwa could be ruled out of ZIFA elections 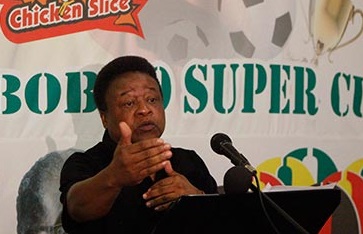 Some individuals interested in running for the upcoming ZIFA presidential elections may have suffered an early blow due to requirements needed to qualify for the post.

Names that have been suggested for the vacancy include veteran media personality Charles Mabika and flamboyant businessman Philip Chiyangwa.

Chiyangwa seems unpopular with fans who have urged him to stay away from football while Mabika is seen as a good enough candidate by a number of fans who have backed him on social media platforms.

Mabika though is yet to register firm and official interest.

However both individuals are unlikely to be able to participate with the ZIFA constitution clearly stating that to qualify one must have been in football administration for at least five years.

Article 32 of the ZIFA constitution states the following:

The members shall have already been active in football administration for at least 5 years,must not have been previously found guilty of a criminal offence as defined under national criminal law and have residency within the territory of ZIFA.

Others who seem to meet this criteria and have been linked to the job include former CAPS United chairman Twine Phiri, Trevor Carelse-Juul who lost to Cuthbert Dube earlier in the year, former ZIFA vice President Omega Sibanda,current PSL CEO Kennedy Ndebele among others.

The elections are set to be held on the 5th of December.