Arubi saves penalty but ends up on losing side 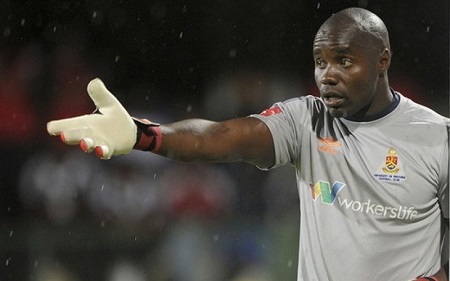 Zimbabwean international Washington Arubi saved a penalty for the University of Pretoria in a Telkom Knockout match but could prevent his side losing the match 2-1.

Orlando Pirates struck in extra time to go through to the quarterfinals.

Thabo Rakhale scored in the 39th minute for Pirates but TUKS equalised through Thabo Mnyamane in the 54th minute.

With no winner after regular time the match headed into extra time.

In the 104th minute Pirates were handed a big chance to restore their lead when they were awarded a penalty. However Kermit Erasmus saw his effort saved by Arubi.

Arubi though could not keep out Ayanda Gcaba volley in the 117th minute that won the game for Pirates.

Partson Jaure started and played the full game for TUKS but Tendai Ndoro’s lack of game time at Pirates continued and he was not even on the bench.