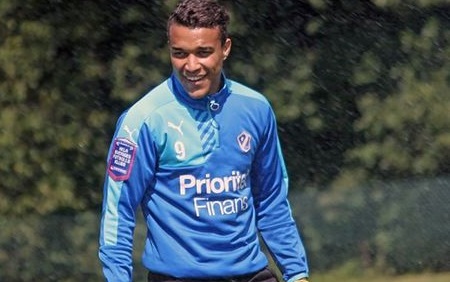 Zimbabwean international Matthew Rusike could be heading to the English Premiership according to reports.

Rusike is currently with Swedish side Halmstads BK who were relegated from the league which ended at the weekend but has caught the attention of Newcastle United.

According to a number of media outlets in Sweden and the UK Rusike impressed Newcastle United scouts recently and they are considering a move for the former Kaizer Chiefs striker.

According to England based TalkSport Newcastle boss Steve McClaren could consider Rusike to solve their lack of goals.

Rusike has been on good form scoring four goals in 10 matches despite Halmstads BK being relegated. He has also attracted the attention of a number of Swedish clubs.

Newcastle are in need of reinforcements upfront after failing to score in six of their 11 premier league games this season and are currently in 18th spot on the log table.

Zimbabwe has not had a Warriors player in the EPL since Benjani Mwaruwari. Other Zimbabwean internationals that have played in the EPL include Peter Ndlovu and Bruce Grobbelaar.

Everton’s Brendan Galloway was born in Zimbabwe but seems to have chosen to represent England despite being eligible to play for the Warriors.