Grobbelaar among the longest serving goalkeepers in the world 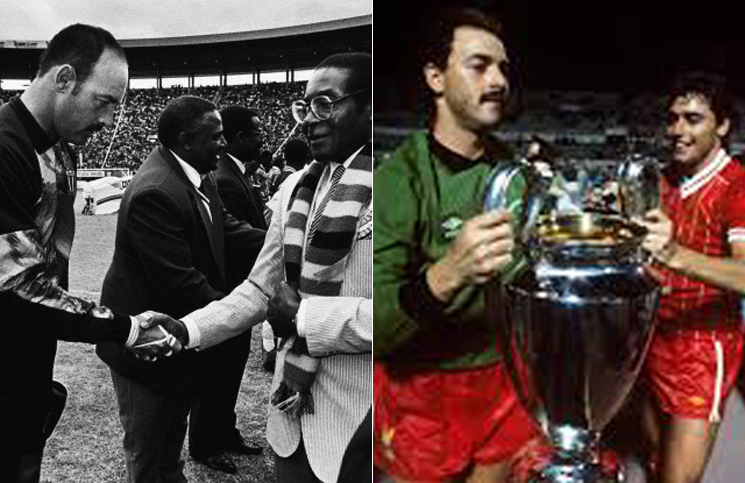 Last weekend Juventus honored their keeper Gianluigi Buffon for hitting 20 years as a player in Serie A. He made his debut in 1995 for Parma against AC Milan and in his 20th year he also played against the same club in 1-0 win for his current team The Old Lady.

This brought Soccer24 into thinking of one legendary goal keeper who gave long service to the game of Soccer.

Its non other than our very own Bruce Grobbelaar.

The Former Zimbabwe international Bruce Grobbelaar happens to be a hero most football fans in Africa don’t really know a lot about. Born in South Africa in 1957 but raised in Zimbabwe, the talented shot stopper played for Premier League giants Liverpool for 13 years. He retired in 2007 aged 50 years.

For those who consider Germany No. 1 keeper Manuel Neuer to be the best sweeper in the history of the game, I might challenge you to have a look at Grobbelaar video clips because am sure you will change your opinion. He had it all, talk of confidence, flamboyance and gymnastic-like athletic ability, he is by far the best keeper Africa has ever produced.

It’s not all about his personal abilities; he won the League 6 times, FA Cup 3 times, League Cup 3 times, FA Charity Shield 5 times, European Cup and Super Cup once. Samuel Etoo may be the most decorated African Player of all time but looking at Grobbelaar medal cabinet, you can say they are up there together.

Grobbelaar collected 33 Caps for Zimbabwe national team between 1977-1998. He also served as a player coach for the national team on two occasions. He is currently the goalkeeper coach for Ottawa Fury FC of the North American Soccer League.

He replaced David Ospina in the 4-0 win against Greece. This was his third World Cup appearances after being included in 1994 and 1998 finals.

Former Tottenham Hotspur goalkeeper Brad Friedel was without a doubt one of the best shot stoppers of his generation. He may not have played for the best teams in Europe but playing consistently for 25 years is not a joke. He was one of the most difficult goalkeepers to beat and many strikers will tell you that for sure.

Colin Lee-Britain is arguably the oldest player in British history if not football history. In 2011 he was awarded the Barclays Community Sports Award for his community football work. The goalie , now 76 years old has been playing since he was 6 years and that means he has played for 70 years.