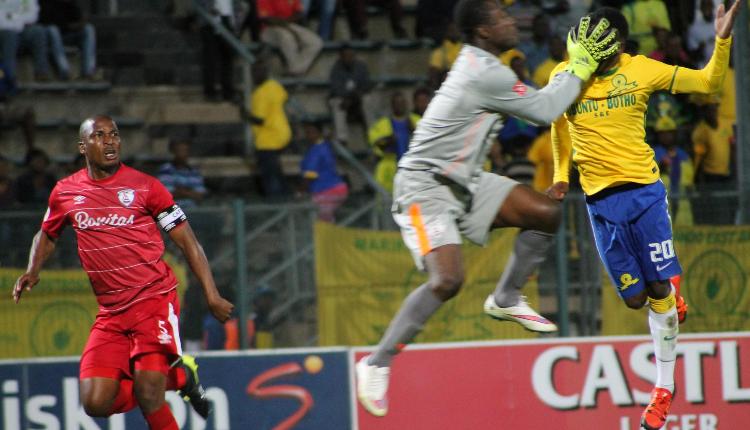 Billiat was knocked out cold by Diakite as the pair went up to contest Keagan Dolly’s cross during the weekend’s Absa Premiership clash at the Lucas Moripe Stadium.

There was no malicious intent, just an accidental collision between two committed professionals as they challenged for the ball.

Billiat was fractionally quicker to the ball than the Stars goalkeeper as he headed home to put Sundowns 1-0 up inside the opening five minutes. That would prove to be the Zimbabwean’s last contribution as he was stretchered off and later taken to hospital.

“I called Khama just to find out how he was doing after the weekend incident and he told me he is out of hospital and that he was fine.

“I have apologised to Khama for the incident. It was not intentional. Unfortunately incidents like that are commonplace in football.

“It’s never a nice thing when a fellow professional is injured, whether a team-mate or not. It’s even worse when you feel partially responsible for ending their participation.

“I hope Khama returns to action soon and wish him the best of luck.”