2015 Soccer Stars of the Year announced 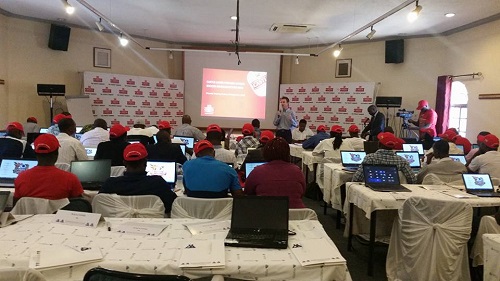 The 2015 Castle Lager Premiership Soccer Stars of the Year have been selected at an event held in Harare this morning.

Former champions Dynamos and runners up to the league contributed two player in Ocean Mushure and goalkeeper Tatenda Mukuruva.

Highlanders and CAPS United had a players each .With Knox Mutizwa being selected from Highlanders while Stephen Makatuka made it from CAPS United.

The winner and the two runners ups will be announced at a dinner on Friday evening.

Soccer Stars of the Year: