Harare City has emerged as the most disciplined tean in the just ended Prwmier Soccer Soccer League according to the Fair Play table.

The table gives points for several football offences and the team with the least ultimately becomes the most disciplined.

FC Platinum comes at 2nd while Flame Lily comes at 3 to complete the top 3.

Dynamos and Highlanders, the country’s most popular teams are at the bottom of the standings having docked the most points. 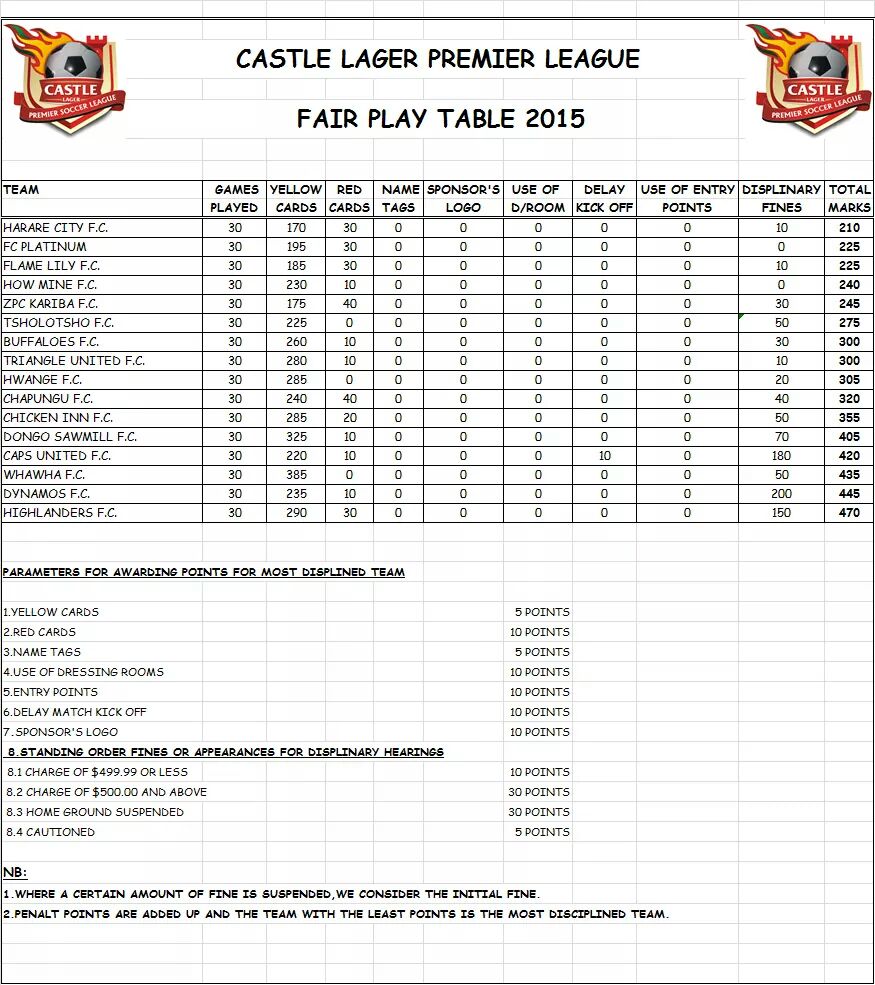