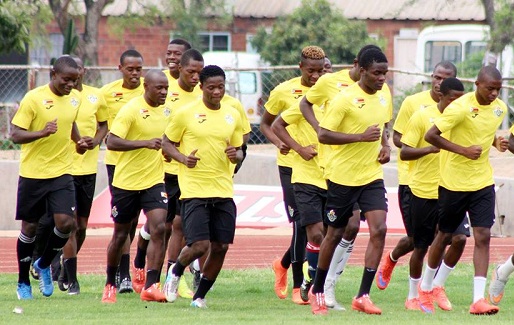 Warriors Captain Hardlife Zvirekwi has described the mood in camp as “very high” and is confident the home based stars will proceed to the next round of the 2016 Rwanda African Nations Championship (CHAN).

Zvirekwi was addressing journalists during a press conference at Umuganda stadium in Rubavu.

“The mood in camp is very high and the guys are raring to go,” said Zvirekwi .

“We have to push and get a victory and if we don’t we will go back home sadly.

“God willing we will get a positive result,” said Zvirekwi.

The match is slated for 3pm.

Zimbabwe’s Warriors have appeared at every final tournament since the inception of the CHAN tournament in 2009.

West Africans Mali have participated at the CHAN finals since 2011 and at the previous tournament were eliminated by Zimbabwe at the quarter-final stage.

Zimbabwe are in group D alongside Zambia, Mali and Uganda.

On Tuesday , Zimbabwe lost to Zambia in their opening CHAN game after a Isaac Chansa’s 58th minute strike and are bottom placed in group D.

The Warriors will be hoping to better their previous exploit at the African Nations Championship where they came out fourth placed.

Correctly predict the outcome of the match via SMS and stand a chance to win 1 of 7 national jerseys.