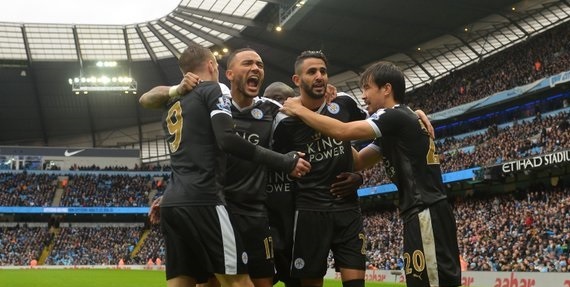 In the English Premiership today Leicester maintained their grip at the top as they handed Manchester City a 3-1 defeat ,while Liverpool let a 2-0 lead slip to draw 2-2 with Sunderland.

Tottenham continued with their fine run and moved into second place on the EPL table with a 1-0 win over Watford.

A Robert Huth brace and a Mahrez goal gave Leicester the win over a City at the Etihad in an early kickoff. At White Hart Lane Kieran Trippier’s goal gave Spurs the three points against Watford. It was Tottenham’s 5th straight win in all competitions.

At Anfield Liverpool had Jurgen Klopp missing due to illness and threw away a 2-0 lead to draw 2-2. Roberto Firmino opened the scoring in the 59th minute before Adam Lallana scored the second in the 70th minute. However late goals by Adam Johnson and Jermain Defoe made sure the points were shared 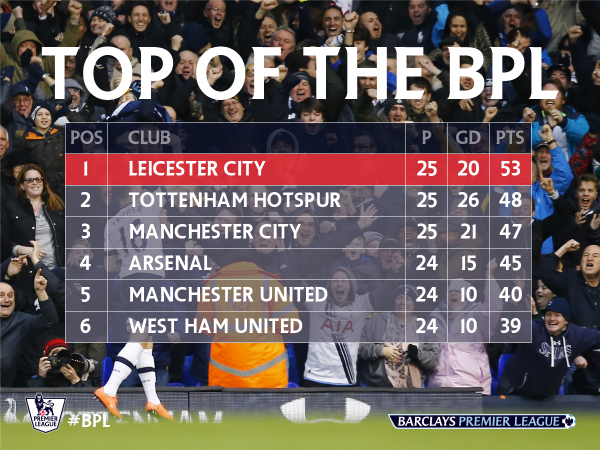