Neymar claims Messi’s penalty pass was not meant for Suarez 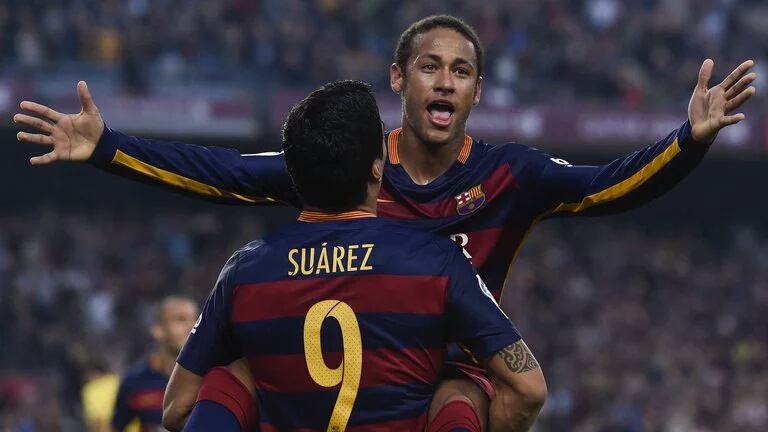 Neymar claims Messi’s penalty pass was not meant for Suarez
fSending social media into meltdown is nothing new for Barcelona’s deadly MSN trio, but on Sunday, the South American attackers lit up Twitter in an extravagant manner in the 6-1 win over Celta Vigo.

In the weekend Camp Nou victory, Lionel Messi and Luis Suarez teamed-up to score a “Cruyff” penalty, as the five-time Ballon d’Or winner dished a penalty pass to the Uruguayan, with the former Liverpool striker converting to complete his hat-trick.

For La Pulga, he gave up an opportunity to score his 300th Liga BBVA goal. For Suarez, the strike took his tally in the Spanish Primera Division to 23, two more than closest rival Cristiano Ronaldo.

However, according to Neymar, another Blaugrana ace should have been the one to etch his name onto the score sheet from the 81st-minute spot kick.

The Selecao ace claimed after the game that Messi’s penalty pass was in fact not intended for the Uruguayan forward.

Who was it meant for? According to the 24-year-old, the pass was meant for none other than himself, claiming that he and La Pulga had practiced this routine during training.

Fan cam footage of the goal shows Leo looking back several times at Neymar before taking the penalty, but the former Santos man was beaten to the pass by Suarez, though the Brazilian insists that is of no importance who scored as long as the Catalan giants won.

As per ESPN, Neymar said: “It was for me, we had practiced it in training!

“Leo and myself had practiced but Luis was closer and he scored it.

“Our friendship is the most important thing. It doesn’t matter who scores the goals just that we win the games.”