Video: Messi and Suarez combine to score an outrageous penalty 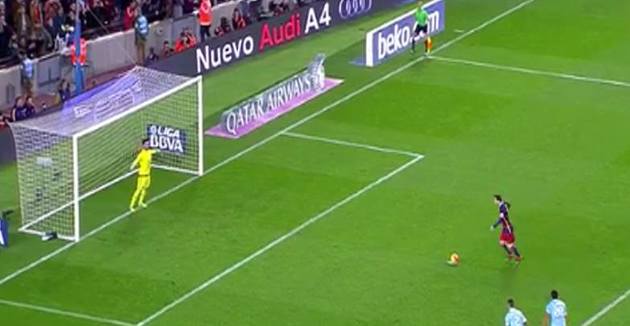 Lionel Messi, Luis Suarez and Neymar were on another planet tonight as Barcelona beat Celta Vigo 6-1. Messi gave up his chance at scoring his 300th La Liga goal in order for Suarez to grab a hat-trick, by passing from the penalty spot…

Messi won the penalty in the second half and it looked like he wouldn’t be letting Suarez take home the match-ball as he stepped up to take the spot-kick. But rather than shoot, the Argentine rolled the ball across the box and waited for Suarez to run into the box and score. Classic.