Chicken Inn hires buses for fans ahead of Sundowns clash 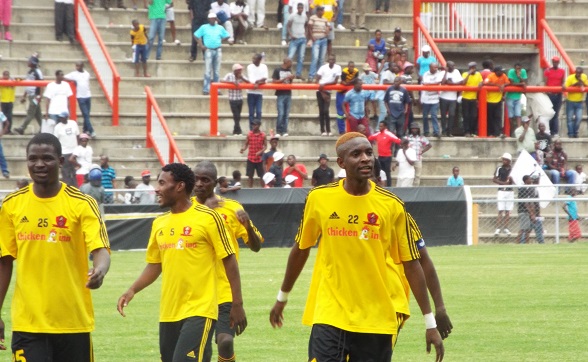 Chicken Inn have arranged for two buses to travel with fans to South Africa for their CAF Champions League second leg tie with Mamelodi Sundowns next week.

The Gamecocks have a 1-0 advantage from the first leg and enjoyed good support from local fans.

According to Chicken Inn they want to make it easier for local fans to support the team in the second leg in South Africa and have organised the transport for the journey.

Interesting the well-funded Mamelodi Sundowns brought a number of their fans with them to Bulawayo.

Fans will pay R700 which will cover the bus fare (with return) and stadium fee, while a chicken inn replica jersey will be handed as part of the package.

The buses will depart Bulawayo from Friday the 26th of February and leave Pretoria at 2300Hrs after the game on Saturday.

Chicken Inn hires buses for fans ahead of Sundowns clash