Musona and Nhamoinesu score in Europe 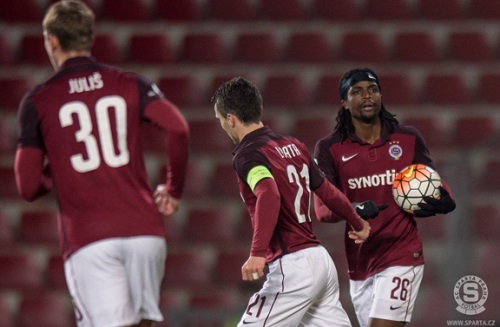 Knowledge Musona scored in the Belgium Pro League this afternoon(Sunday) as KV Oostende hammered second placed Gent while Costa Nhamoinesu was also on target for Sparta in the Czech Republic.

It was Musona’s 11th goal of the season and sees  KV Oostende remain in 4th place with 46 points ,12 points behind leaders Club Brugge.

In the Czech Republic Nhamoinesu scored the second goal for Sparta as they beat Mladá Boleslav 2-0. Sparta are currently on a four match winning streak and are in second place on the league standings after 17 games but have played a game less than 1st placed Viktoria Plzeň.

It completes a good week for the Zimbabwean international who was impressive in Sparta’s 1-0 win over Russian side Krasnodar in the Europa League on Thursday night.