Phiri’s reign came to an end when ZIFA insisted that he no longer had the mandate since he was no longer the president or chairman at CAPS United after a boardroom shuffle after Farai Jere took the majority shareholding.

Dynamos president Kenny Mubaiwa and Highlanders chairman Peter Dube will contest for the top post in what could be a close election. 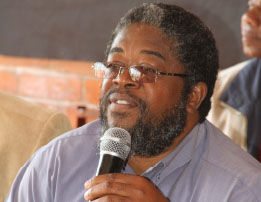 The elections will take place at Cresta Lodge in Harare at 11 am. Dube who is the current PSL vice chairman and took over from Twine Phiri on an interim basis has called for continuity when clubs vote.

Mubaiwa believes its time he got given a chance after failing to land the post last time round when he was convincingly beaten by Phiri. Mubaiwa has pointed out to his reign at Dynamos during which the club has been largely successful on the field of play as a case point that he has the ability to lead the league.

He has also promised to bring more sponsors on board if elected so clubs benefit in terms of viability.