The “Smiling Assassin” has been enjoying his best season in Europe being a consistent scorer for his side KV Oostende.

Musona’s goals have played a key role as Oostende finished the season in 4th with 49 points ,15 points adrift of Club Brugge.

The Belgium Pro League enters play offs after the regular season with the top six team playing each other twice. The first team after play offs is determined the winner of the league.

Oostende will join Club Brugge,Gent, Anderlecht, Genk Zulte-Waregem in the playoff that will start this month. 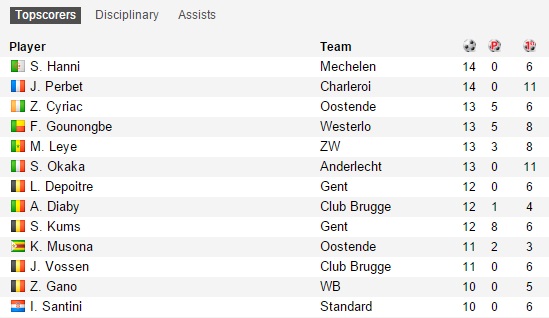