UEFA name Nhamoinesu in Europa Team of the Week

Zimbabwean international Costa Nhamoinesu’s good performances continued to be recognised with the Sparta defender named in the UEFA Europa team of the week.

Nhamoinesu was a stand out performer as Sparta Prague booked their place to the Europa quarterfinals with 4-1 aggregate win over Lazio. It was sweet victory for Costa after he was racially abused in the first leg by Lazio fans.

Sparta will now face Villarreal in the quarterfinals.

Other stars that made the team include Borussia Dortmund red hot striker Pierre-Emerick Aubameyang and Sevilla’s Joste Antonio Reyes and Liverpool’s Philip Coutinho. 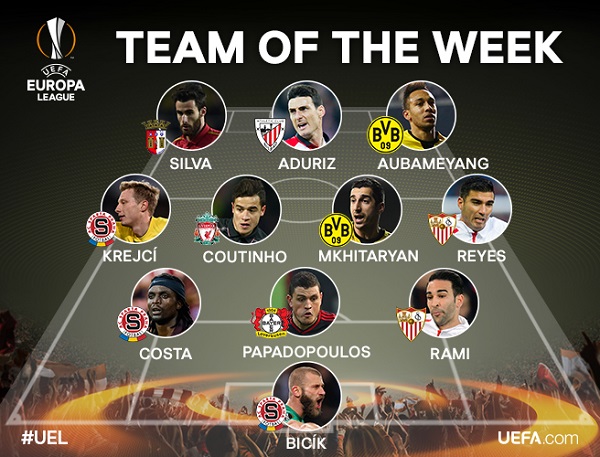 Describing his inclusion to the team of the week UEFA.com wrote :Sparta never looked comfortable in defence, but when heroics were called for in Rome, Zimbabwean Costa was their go-to man, the 30-year-old proving to be a saving challenge specialist.

His form will be great news for the Warriors who he will turn out for in the upcoming AFCON qualifiers against Swaziland.