Southampton come from behind to stun Liverpool 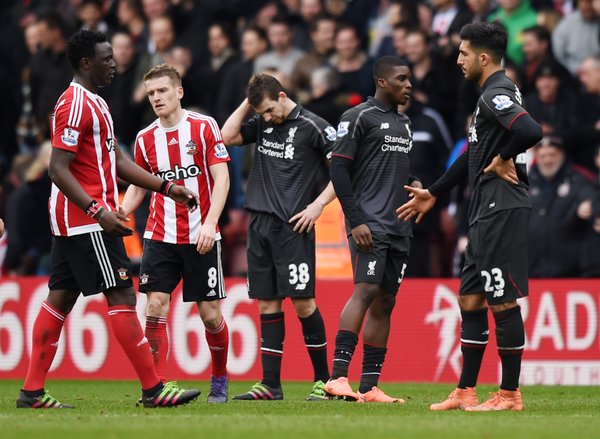 Southampton battled back from two goals down to beat Liverpool 3-2 in a dramatic Premier League clash at St Mary’s Stadium this afternoon.

The Saints were seemingly out of the game just a quarter of the way through, as goals from Philippe Coutinho and Daniel Sturridge put the visitors well in control.

Sadio Mane came off the bench to spark an impressive turnaround, scoring twice in the final 30 minutes – having earlier missed a penalty.