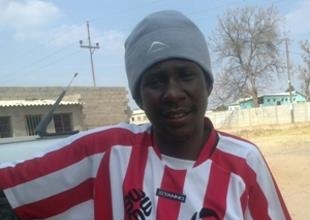 Lobengula Stars players  were travelling from a game against Tsholotsho. Lobengula Stars is a lower division side that Gidiza’s brother Bongani Mafu partly owns.

“Gidiza ” who coaches Lobengula Stars and is also a radio analyst at Star FM was slightly  injured in the accident that claimed one life of a passenger.

Sibanda and the Lobengula Stars players are recovering at Mpilo hospital and are understood be out of danger. Earlier we had reported that Tsholotsho assistant head coach Bongani Mafu in the same vehicle.

Tsholotsho FC have since clarified that Mafu was not in the same vehicle.