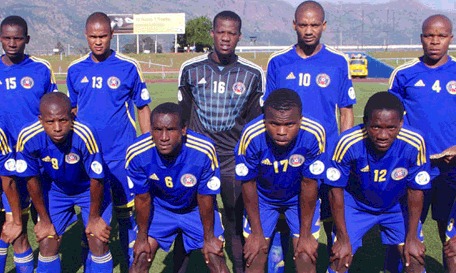 Swaziland head coach Harris Belunga admits their 4-0 loss to Zimbabwe was embarrassing but says key decisions by the referee also decided the match.

Swaziland who went into the match level on points with the Warriors could now see their hopes of a first AFCON qualification dashed after the drubbing.

The Warriors scored four goals in the second half through Knowledge Musona,Costa Nhamoinesu , Evans Rusike and Khama Billiat.

“It’s a very bad result said Belunga after the match. My boys played well especially in the second half but the score line is embarrassing.

Belunga rued the effort which was ruled out for offside suggesting it was not clear ,though replays showed the referee had made the right call.

“The penalty conceded was soft and it gave Zimbabwe the driving seat he added.

Swaziland now host Guinea in the next Group L match and will be hoping to win that and hope the Warriors slip up against Malawi.