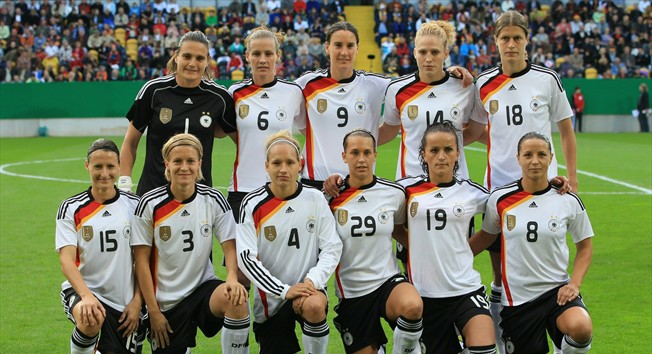 The Zimbabwe Mighty Warriors who made history by becoming the first team to qualify for a Fifa tournament when they beat the much fancied Cameroon to qualify for the Rio 2016 Olympics have discovered their group opponents at the tournament.

Zimbabwe are in group F and were drawn against powerhouses Germany, Australia and Cananda.

Zimbabwe opens its tournament against Canada on Aug. 3 at Sao Paulo’s Itaquera Arena.

Undoubtedly the Mighty Warriors will go to the tornament as the underdogs as they play teams that have played at highest level before.

Host Brazil is in Group E with China, Sweden and South Africa. The defending Olympic champion Americans are in Group G with New Zealand, France and Colombia.

The top 2 teams from each group plus the two best 3rd placed teams will proceed to the quarter finals.

The German national team is one of the most successful in women’s football. They are two-time world champions, having won the 2003 and 2007 FIFA Women’s World Cup. Germany is the only nation to have won both the men’s and the women’s World Cup.

Germany has won three bronze medals at the Women’s Olympic Football Tournament, finishing third in 2000, 2004 and 2008. Birgit Prinz holds the record for most appearances and is the team’s all-time leading goalscorer. Prinz has also set international records; she has received the FIFA World Player of the Year award three times and is the joint second overall top goalscorer at the Women’s World Cup.

Women’s football was long met with scepticism in Germany, and official matches were banned by the DFB until 1970. But the women’s national team has grown in popularity since winning the World Cup in 2003, when it was also chosen as Germany’s Sports Team of the Year. Silvia Neid has been the team’s head coach since 2005, succeeding Tina Theune after nine years as her assistant. As of July 2015, Germany is ranked No. 2 in the FIFA Women’s World Rankings.

Australia is a three-time OFC champion, one-time AFC champion and one-time AFF champion, through became the first ever national team to win in two different confederations (before the men’s team did the same in 2015 AFC Asian Cup). The team has represented Australia at the FIFA Women’s World Cup on five occasions and at the Olympics Games on two, although has won neither tournament. Immediately following the 2015 World Cup, Australia was ranked ninth in the world by FIFA.

Canada reached international prominence at the 2003 FIFA Women’s World Cup, losing in the third place match to the United States. Canada qualified for its first Olympic women’s soccer tournament in 2008, making it to the quarterfinals. Canada are two-time CONCACAF Women’s Gold Cup champions, and Olympic bronze medalists from London 2012 where they defeated France 1–0 in Coventry, England.

Canadian women’s soccer fans are also closely linked to the U-20 team (U-19 prior to 2006), partly due to Canada hosting the inaugural FIFA U-19 Women’s World Championship in 2002 and winning silver in front of 47,784 fans at Commonwealth Stadium in Edmonton, Alberta. Canada hosted the 2015 FIFA Women’s World Cup, where they were eliminated in the quarterfinals by England. Canada set the tournament and team record for attendance in the process, with 1,353,506 and 54,027 respectively.