Gutu and Mwanjali have chance to play in Harare derby 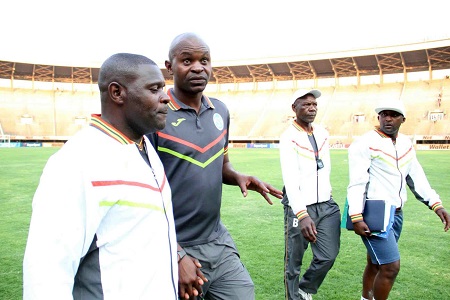 The two players returned to training this week and are currently out on bail after a brawl where Mwanjali allegedly stabbed a Harare man while Gutu caused damage to property.

However despite the incident Chitembwe said just like all 30 players in the CAPS United squad ,the pair had a chance to play in the eagerly anticipated Harare derby.

CAPS United head into the game after a good start to the season with seven points from three games and sitting in second place on the log table while Dynamos only registered their first win last week.

The game is another must win for under fire head coach Paulo Jorge Silva who was given a three match ultimatum to save his job.

The match will be broadcast live on Supersport.