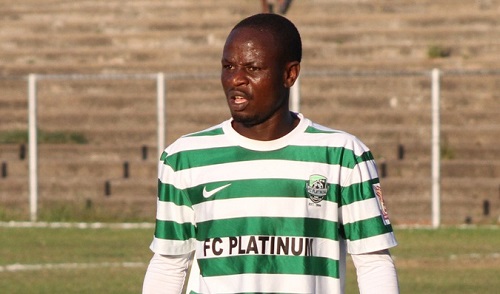 Dynamos slumped to a third defeat of the season after a 1-0 loss to FC Platinum. It was FC Platinum’s first win over Dynamos in the league.

Despite dismissing Paulo Silva earlier in the week Dynamos continued to struggle with Lloyd Mutasa suffering  his first defeat since being named interim manager.

Former Dynamos man Gift Bello scored the all-important goal in the 21st minute through a header. Earlier young Nyakaska missed a great chance to put Dynamos in the lead when he fluffed his chance

By the half time break FC Platinum were in control and Dynamos a clear second best.

As the game progressed Dynamos registered their frustration and missiles rained down leading to a stoppage of play with 15 minutes to go.

Marshall Mudehwe hits cross bar in the dying minutes as FC Platinum finished the game well. There was drama after the game when as Dembare fans camped outside the stadium waiting for the Dynamos team bus.

Police attempted to disperse the crowd but struggled to contain it as fans called for Dynamos president Kenny Mubaiwa to go. Tear gas was later fired to restore order.

In other matches Bulawayo and Chapungu played out a 1-1 draw while Hwange edged Border Strikers.