Highlanders to meet fans this weekend 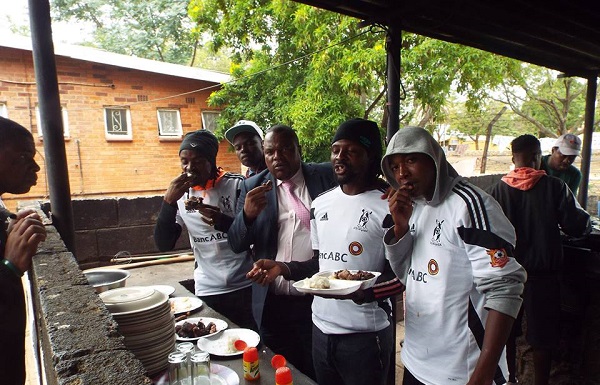 Ahead of their potentially explosive league encounter against Harare City set for Sunday at Babourfields Stadium, Highlanders players will have a Meet the People programme on Saturday.

The club’s treasurer Donald Ndebele told journalists at the club’s weekly press conference that their players will tour Bulawayo’s high density suburbs beginning on 9am in Pumula North and Old.

From Pumula, Ndebele said their next stop will be at Cowdry Park. From Cowdry Park the team will have a stop at the famous Esibayeni.

The club’s bus will also have stops at Entumbane, Nkulumane and Sizinda among other usually busy high density suburbs.

Meanwhile, Bosso will on Saturday  miss the services of their inform teenage sensation Prince Dube who is part of the national Under 20 team set to do duty on Sunday in Harare.

As if this is not enough, utility player Bruce Kangwa has been ruled out courtesy of an injury he picked three weeks back.