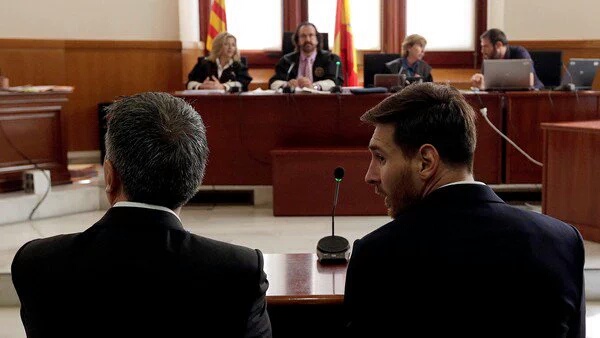 Lionel Messi’s tax fraud trial has concluded with a public prosecutor calling for the player’s acquittal and the government prosecutor renewing his demand for a conviction.

The four-day trial ended Friday in Barcelona with both prosecutors contending that Messi’s father, Jorge Horacio Messi, was the main person responsible for defrauding Spain’s tax authority of 4.1 million euros ($4.5 million) from 2007-09. However, the legal representative for the tax office said the famous Barcelona footballer knew enough to also be held accountable.

He called for a prison sentence of 22 months each for both Messi and his father, while the public prosecutor requested a sentence of 18 months for the father only.

They are not likely to face any jail time even if found guilty, but could be fined and made to forfeit possible future tax benefits.

Messi and his father appeared in court on Thursday and denied any wrongdoing. Both said the player was unaware of the tax issues that led to the fraud charges.

A verdict and sentencing could be announced as early as next week, but it is expected to take longer for a decision to be made.