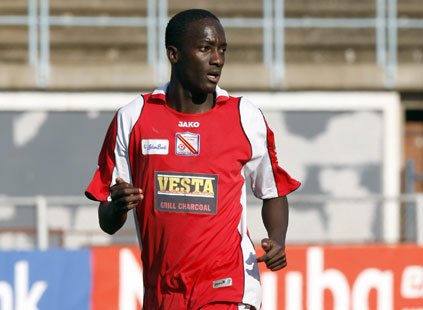 Chicken Inn have beaten Dynamos to the signing of Chris Samakweri and Darryl Nyandoro.

The pair had trained with Dembare but were snapped up by the Gamecocks after impressing head coach Rahman Gumbo.

Dynamos failed to sign the pair after both players failed to produce their clearance certificates from DRC side TP Mazembe.

Following their training stint with Dynamos Samakweri and Nyandoro headed to Bulawayo and have now landed deals with both players signing according to a source.

The two are seen as direct replacements to Edmore Chirambadare and Mitchel Katsvairo who are expected to complete their move to Kaizer Chiefs soon.