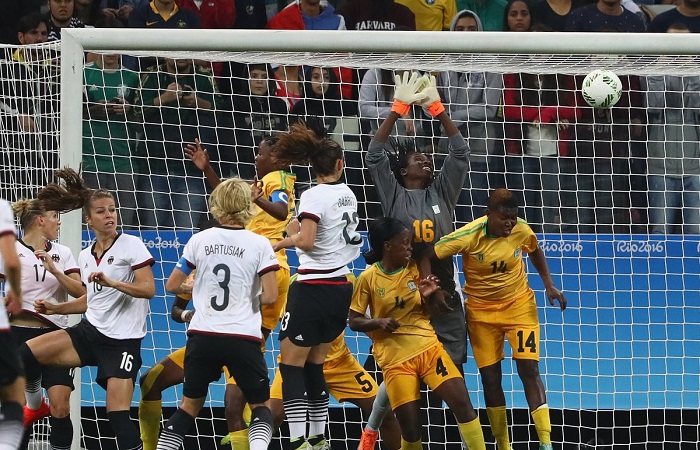 Despite the possession Germany enjoyed  it took them 22 minutes to finally unlock the Mighty Warriors with Sara Dabritz heading in.

In the 36th minute Germany added a second when the Mighty Warriors again struggled to deal with the aerial threat as Alexandar Popp rose high to score.

Halftime came with the Warriors working hard in defensive but struggling to hold onto the ball.

As the game progressed the Germans pressed for more goals and add more goals as the Mighty Warriors succumbed to the pressure Behringer added a fourth before Leupolz scored the fifth from the penalty spot after Majika was judged to have committed a foul.

On the 90th minute mark Eunice Banda scored an own goal attempting to clear to make it 6-1for Germany. Despite the scoreline the Mighty Warriors gave a good account of themselves overall and can look at a number of positives to take from the game.