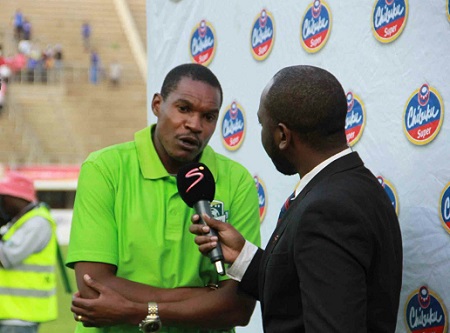 FC Platinum coach Norman Mapeza has said his side will approach today’s Chibuku Super Cup final with caution when his side takes on Ngezi Platinum at Baobab Stadium.

The 2014 Chibuku Super Cup champions who are also in the running for the league title troop into Baobab as favourites to lift the trophy judging by their recent form and pedigree in cup competitions.

However, Mapeza believes Ngezi Platinum is a “good” side who can turn tables on their day.
He said: “For them to be where they are it means they are a good side even if you look at their road to the finals. Therefore, we are wary of the threat posed by Ngezi Platinum especially if you consider the fact that they are playing at home but we are up to the challenge.”

“We want to win this cup because it gives us the chance to represent the country in the Caf Confederations Cup. At the end of the day this is a cup final where we would want to put everything to it and hopefully we win the game inside 90 minutes,” added Mapeza.

However, Mapeza would be missing the services of holding striker Tarisai Rukanda who is nursing an angle injury.

Despite the setback which comes at the back of the absence of the duoof Winston Mhango and Charles Sibanda who are still nursing injuries due to a horrific car crash two weeks ago, Mapeza said he has enough depth to do the job for him.