Zimbabwe cruise past Tanzania in friendly 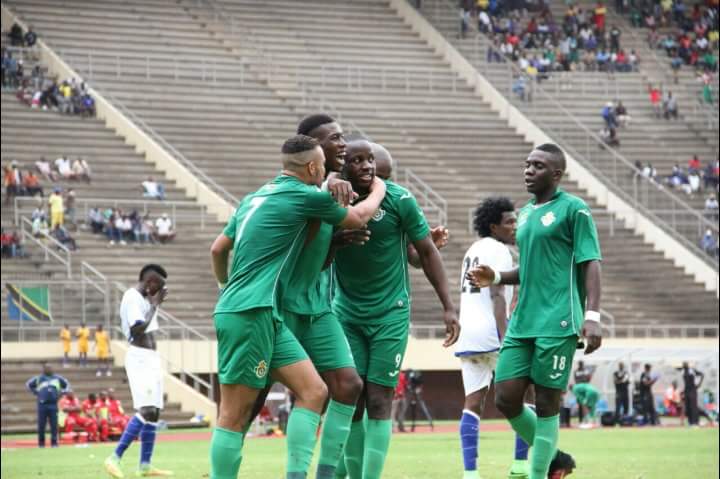 Zimbabwe continued with their impressive run for the 2017 Gabon preparations with relative ease as they beat visitors Tanzania 3-0 at the National Sports Stadium in an International friendly.

The home side had to withstand some early pressure in the opening stages and they might have been behind had it not been for the brilliance of Tatenda Mukuruva, who reacted well to keep out Belgian based Samata point-blank shot from inside the box.

Zimbabwe slowly grew into the contest and they almost found the vital opener courtesy of Kudakwashe Mahachi, but he could not find a way beyond the Tanzanian defence.

The visitors appeared to be coping well with some growing Zimbabwe pressure, but they suffered at the hands Knowledge Musona who scored the opening goal of the match from a headed assist by Nyasha Mushekwi.

The goal seemed to inspire Zimbabwe into action and they came out of the traps quickest in the second period, Mushekwi almost earning himself a goal with a fine strike, only to be denied by the dive of Tanzanian goalie down low.

The all-important second goal arrived in the 54rd minute and it was no more than the hosts deserved, as Mathew Rusike reacted quickest to a lost ball in an exciting one-two exchange of passing before producing a standout bullet shot from outside the box beyond the reach of the keeper.

The Warriors were able to add some icing to the cake, as Nyasha Mushekwi added a late effort this time with Musona providing the assist with a delightful cross.

Callisto Pasuwa made a number of changes as the match came into the final stages. Tinotende Kadewere came in for Knowledge Musona. Mahachi came out of Cuthbert Malajila,Onismor Bhasera made way for Bruce Kangwa, Hardlife Zvirkewi was replaced by Oscar Machapa.

Tendai Ndoro wasted two good opportunities to add to the Warriors tally and also had a goal ruled out for an infringement.

The match ended 3-0 as Zimbabwe showed plenty of positives in preparation for AFCON 2017.