FC Platinum hammered Highlanders 3-0 with Bosso fans throwing stones after Walter Musona’s made the score 2-0 in favour of the hosts. 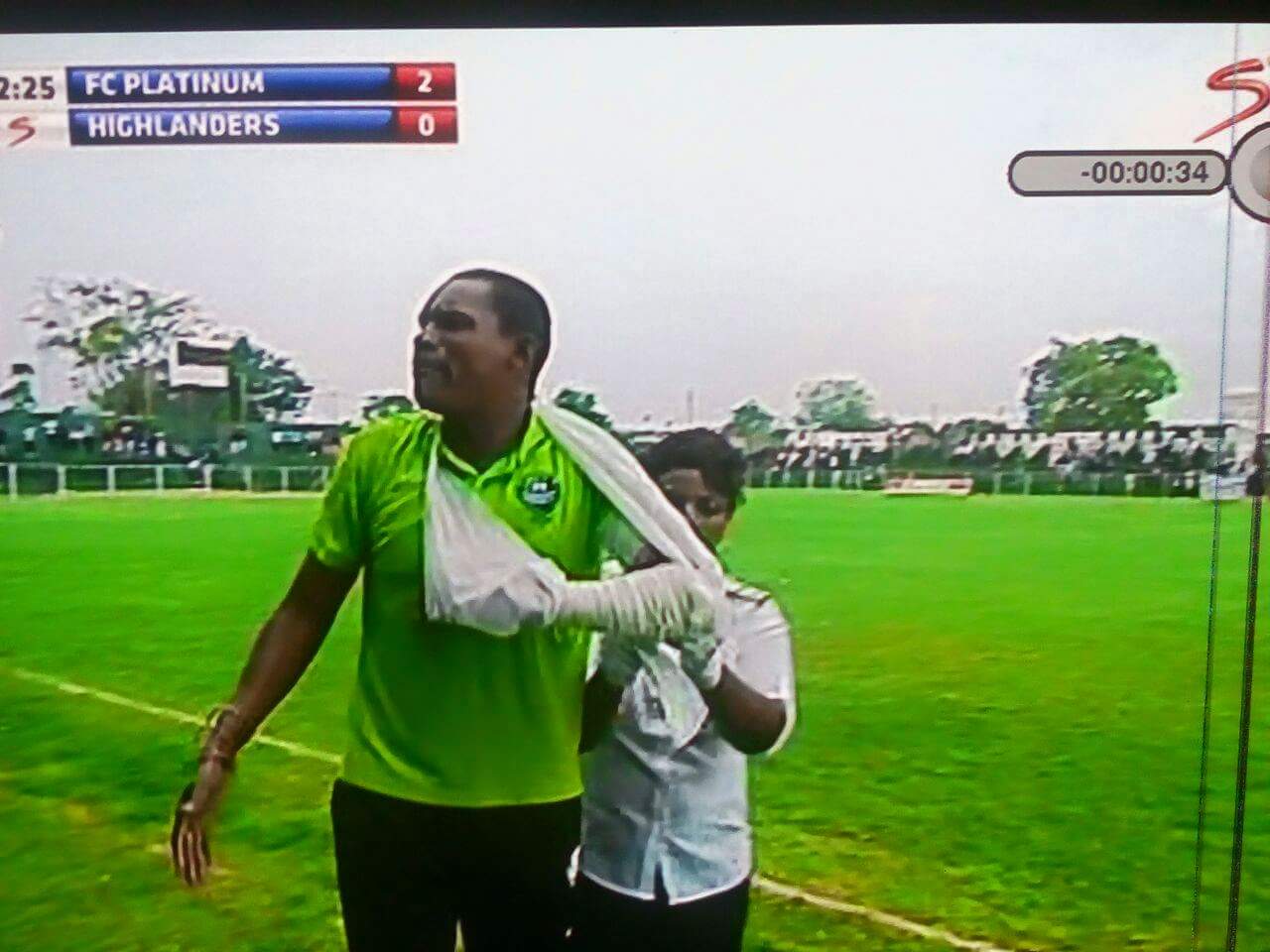 Mapeza was left injured after being struck by a stone on the shoulder and had to receive medical attention and required a sling for the rest of the match. Highlanders fans also took Supersport speakers on pitch leading to a stoppage in play.

“This is not football, A family environment was turned into a warzone

“I am happy with how my players played, they worked hard to get the result and we will now need to do the same and register a win against Tsholotsho.

The result ended Highlanders title hopes while FC Platinum will take the race against CAPS United to the final day of the season.