Tsipa leads golden boot race with a game to go 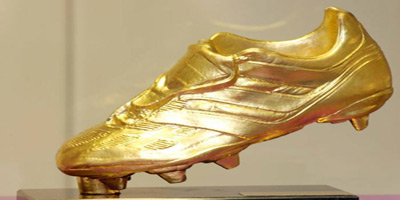 At age 35, Caps United Striker Leonard Tsipa was an outsider to be top scorer this season… but thanks to coach Lloyd Chitembwe he’s now leading with one game to go in a title charge on 11 goals.

It required a courageous man to tell Tsipa that there was still power in him to play soccer and win crucial games for his team.

But Chitembwe was the coach who bravely tore up Caps United’s early season playbook, sent them out in unfamiliar formation and powered them to the top of the Premier League.

If they win the title, we will reflect on striker Tsipa who week in week out scored crucial goals and assisted in many goals scored.

Closest to Tsipa is another youthful revelation Gift Mweti who emerged from Hwange and is 2 goals behind Tsipa with 9 goals.