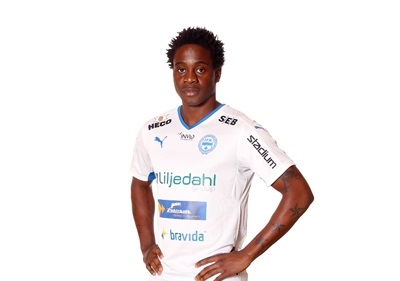 Archford Gutu will be returning to Europe after signing a two year deal with Swedish second tier side IFK Vernamo.

Gutu’s contract with CAPS United has ended and the midfielder is keen to try his luck in Europe again after a frustrating time at the league champions.

Gutu turned out for IFK Vernamo in 2015 before returning to Zimbabwe.

Gutu had struggled to get starting jersey at CAPS and recently took to social media to vent his frustration at head coach Lloyd Chitembwe.

You play me when you want? Well I train when I want ,you think I don’t hv feelings wrote Gutu on Instagram before deleting the post.

The post drew criticism from CAPS fans while Chitembwe played it down and rather challenged Gutu to fight for his place.

IFK Vernamo Sporting Director Thomas Lundqvist expressed his delight with the acquisition of Gutu “In Archford Gutu IFK Varnamo get a very skilled player who both has great qualities in the offensive, but also works very hard on the defensive.