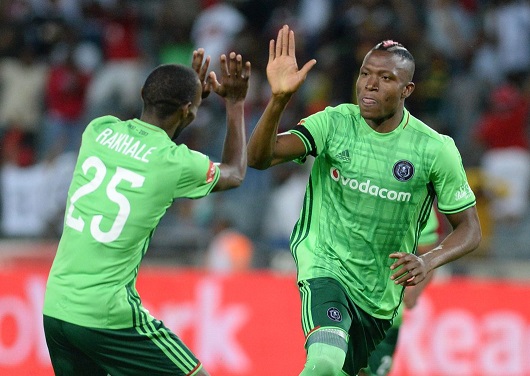 Ndoro put Pirates ahead when he beat fellow countryan Tapuwa Kapini with a free header in the first minute of the game.

Highlands Park went into half-time level with Pirates after being rewarded a penalty just before the break which Thanduyise Khuboni converted.

However Ndoro put his side back the lead in the 57th minute from the spot as well after a Highlands Park player Ngalo had touched the ball with his hand.

Highlands Park refused to back down and equalised again in the 80th minute to earn a useful point.

Ndoro is now on 11 goals after 11 games into the ABSA Premiership season.