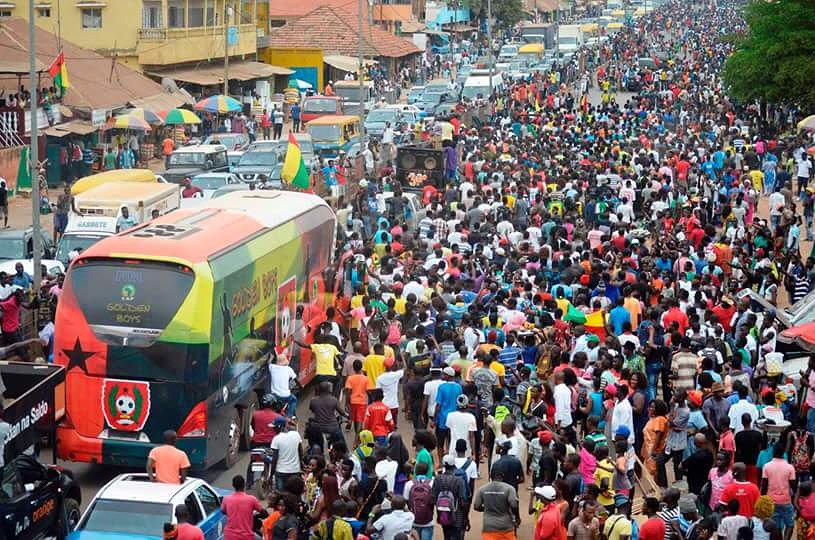 Heroic send off for Guinea Bissau by fans as they head to AFCON 2017 In Gabon. First time they qualified.

The team is largely foreign based with most players plying their trade in Europe with Portuguese lower tier league sides.

Notable faces in the list are, 24-year-old Greece based defender Jose Luis Mendes, known as Zezinho and Bocundji Ca, a 29-year-old midfielder who plays for French side Paris FC.

The “Djurtus” who are making maiden appearance at the continent’s biggest stage will play the opening match against hosts Gabon January 14.

Their other opponents in group A include Burkina Faso and Cameroon.