AFCON 2017: Algeria’s key midfielder out of Nations Cup after injury 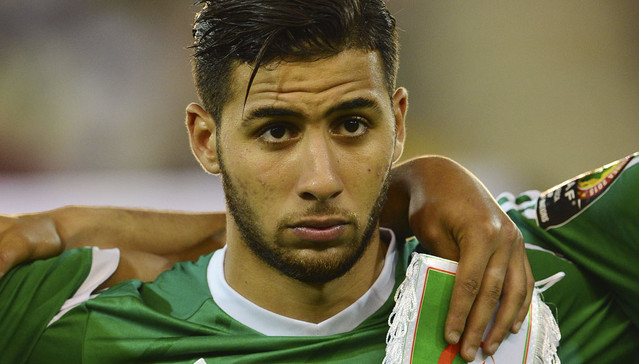 Algeria’s influential midfielder Saphir Taider has been ruled out of the African Cup of Nations after picking up a “serious injury” during a training session, local newspaper Ennahar reported on Wednesday.

The Bologna man, 24, will leave Algeria’s training camp and head back to Italy on Thursday morning to receive treatment, according to the paper which did not reveal the type of injury which hit the player.

Ennahar also said defender Ramy Bensebaini, who plays for Stade Rennes in France, is doubtful for the tournament due to a knee complaint.

Algeria open their Nations Cup campaign against Zimbabwe on Sunday.

They will also face North African rivals Tunisia and tournament favourites Senegal in a tough Group B.

Algeria won their only Nations Cup title in 1990 when they hosted the biennial showpiece.