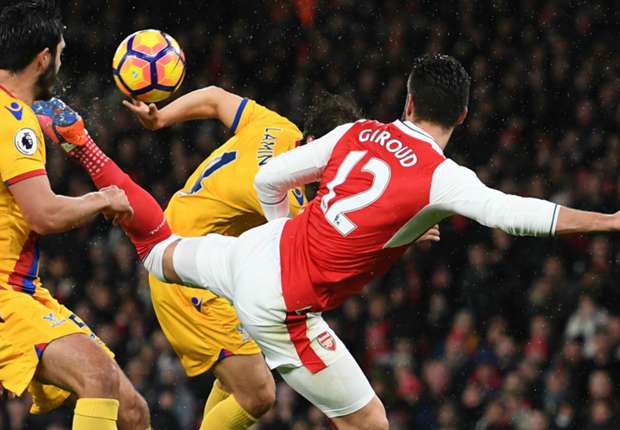 Arsenal striker, Olivier Giroud, has said that moving to China is a possibility, but only after winning the English Premier League title with Gunners.

Speaking at an event to promote Puma Boots, the French forward said he understands why players are moving to the mega money Super League, but that he would not consider it in the meantime.

“The Premier League is my main target so after when I will win it [sic] one day, why not, you never know,” he said.

Recently, former 32 year old former Manchester United and Juventus striker, Carlos Tevez, secured a move to Shanghai Shenhua for an amount reported to be in the region of €84m (£71.6m), with record earnings of £615,000 per week on a two-year contract. Tevez’s earnings will put him ahead of Real Madrid forward, Cristiano Ronaldo, and Barcelona forward, Lionel Messi.

“The Premier League is my main target
so after when I will win it [sic] one day,
why not, you never know.”

However, Arsenal haven’t won the Premier League since 2004. 13 years later, the title is still proving elusive albeit a cocktail of talent acquired over the years. Over the years, critics and fans have called for manager Arsene Wenger to resign or be sacked as the club symmetrically settled four top four.

The talented forward, who by virtue of age is in his twilight years, will have to inspire Gunners to break the title jinx sooner to move to the Chinese Super League.

Whether Arsenal’s title fortunes will change, which is key for the move to happen, remains to be seen.