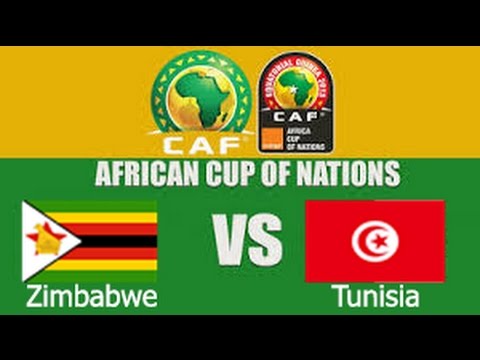 Zimbabwe crumbled to a 4-2 defeat against Tunisia, bowing out of the 34th edition of the CAN, in disappointing fashion. Nevertheless, Zimbabwe was not helpless.

Zimbabwe had 49.2% ball possession whereas Tunisia boasted of 50.8%; just a marginal difference whose essence lied in the use of the ball more than sheer statistic. Tunisia scored four goals from 14 shots (nine on target) while Warriors scored two goal from eight shots (three on target). The warriors had a better conversion ratio (scoring two from three), but they needed a strategy to shoot more often.

The Warriors had 64.5%, while Tunisia had 73.3% pass accuracy. 54.6% for the Warriors and 69% passing for Tunisia in the final third. What it means is that the Warriors needed a strategy to make their passing more effective by playing their ball into the final third of the pitch, where Tunisia played theirs.

Ironically, Zimbabwe had a higher rate of successful tackles 58.8% (but conceded more goals) as compared to Tunisia 55%. It is a sign of pressure, and what the statistic means for the Warriors is that they were on course to concede more. The Tunisians made more interceptions (14) as compared to Zimbabwe (13). It means the Warriors needed to work on pass accuracy and control of the game.

When Naim Sliti scored for Tunisia on nine minutes, what was exposed of the Warriors was the lack of defensive concentration and organisation. Full back Onisimo Bhasera was nut-megged, while centre back Elisha Muroiwa deflected the ball into the net. What can be said of goalkeeper Tatenda Mukuruva is that before the deflection, he appeared to be correctly positioned.
Tunisia’s second goal on 22 minutes came after close one-two exchanges between Naim Sliti and Youssef Msakni in the area, which was a result of poor defending. Further incoordination between midfielders and defenders was visible when Tunisia’s third goal was disallowed.
On 36 minutes, Taha Yassine Khenissi scored a third for Tunisia after Hamdi Nagguez comfortably passed between an oblivious Costa Nhamoinesu and Onisimo Bhasera. Muroiwa eventually failed to stop Khenissi before he slid the ball past Mukuruva at the near post.

The Warriors had a moment of refreshment when Knowledge Musona dribbled past two defenders in sleek fashion and scored wonderfully. What it meant for the Warriors was that they could always work to get the ball upfront to their best forward on the night.
Costa Nhamoinesu caused a penalty just before halftime, the result of a very malicious foul on Khenissi in the area. Nhamoinesu arguably had the most physical shift of the night.
The penalty was converted by Wahbi Khazri to Mukuruva’s oblivion.

The Warriors wasted time slowly passing the ball to no effect, while Tunisia made incessant runs into the attacking third.

12 minutes into the second half, the Warriors launched what should have already formed the core of their game plan; counter attacks. Khama Billiart made an incisive seven yard run, laid the ball to Knowledge Musona on his right, who laid up Tendai Ndoro to nutmeg the keeper for a sublime finish.

What it means is that Calisto Pasuwa should not have tried to slow Tunisia down by playing and passing deep. Northern Africa teams, Tunisia, Algeria, etc. can only be slowed down outright press out. It means Pasuwa should have replicated his Algeria game plan and introduced players with pace. Kuda Mahachi should have come earlier on for Nyasha Mushekwi.