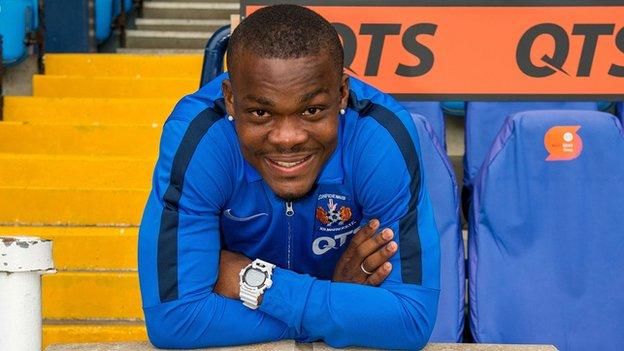 Ivory Coast striker, Souleymane Coulibaly, has completed a move to Egyptian side Al Ahly for a fee in the region of £800,000, according to BBC Sport.

Coulibaly, who moved to Kilmarnock, Scotland last year on a free transfer, has signed for the Egyptian giants on a three and half year deal.

“Souleymane has always been fully committed to Kilmarnock, but once they agreed a fee [sic], he was given permission to talk to the two clubs.

“It was too good an offer for Kilmarnock to turn down, and Souleymane is extremely grateful to Kilmarnock for his time at the club and the opportunity.

“Al Ahly are one of the biggest clubs in this part of the world and are top of the Egyptian league. This is a club that match [sic] Souleymane’s ambitions,” said the player’s representative, Lee Payne.