Where is Knowledge Musona?: KV Oostende 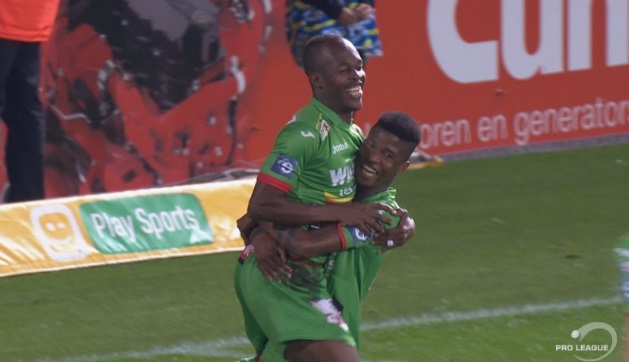 Zimbabwe’s elimination from Gabon 2017 may have sparked outrage in the hearts of so many Zimbabweans across the soccer loving nation.

However, for Belgium Pro League side KV Oostende, the home for Zimbabwe’s Talisman Knowledge Musona it meant an early return for their target man.

In his absence at AFCON KV Oostende played 5 matches, winning two, losing two and drawing one in all competitions.

Musona is yet to return back in Belgium leaving the club wondering at his whereabouts.

According a leading Belgium Newpaper Het Nieuwsblad, the player is not available for tonight’s League game against Saint-Trond. Their Coach Yves Vanderhaeghe was hoping to assess him for a possible selection in the match.

Musona was hogged by a nagging injury throughout the AFCON tournament, Hehardly lasted 10 minutes of Zimbabwe’s opening group B encounter against Algeria. He missed the second match against Senegal in the 2-0 loss at the hands of Senegal. He returned for the last group encounter against Tunisia managing to score a gem of a goal in a 4-2 loss that sealed Zimbabwe’s fate.

Other Belgian based players who are already eliminated from the tournament like Ugandan Farouk Miya who turns out for Standard Liège have already connected with their clubs.