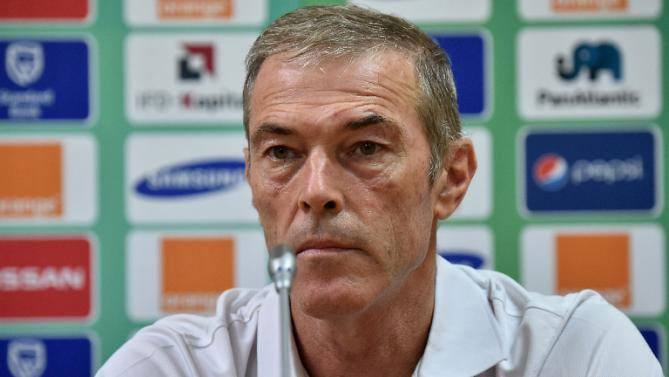 Michel Dussuyer has resigned as head coach of the Ivory Coast following their early exit from AFCON 2017.

The Elephants failed to defend their crown and crashed out at the Group stage leading to Duusuyer’s resignation.

A statement from the Ivory Coast FA president read:
The President of the Federation of Ivorian Football [FIF] door to the knowledge of the opinion public national and international that return of CAN “Gabon 2017”, Mr. DUSSUYER Michel, Coach of the Team National A, the ”Elephants“ has given his resignation.

After consulting the Committee of Emergency of the IFF, the President of the Federation has taken note of the decision of Mr. DUSSUYER Michel.

The President of the IFF and the Committee Executive held to express their thanks to Mr. DUSSUYER Michel for the work performed at the head of the framing technique Elephants since 18 month.

They greet her as human, his commitment, his professionalism, his humility and his discretion.

The President of the IFF takes to reassure public opinion public that the measures be taken in order to provide for his replacement.