Injuries Not Down To Pitches – CAF 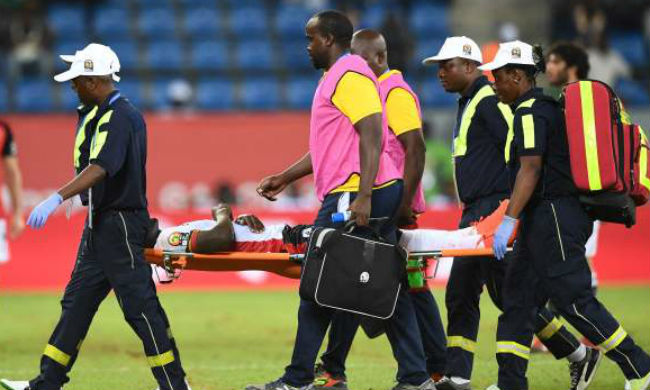 Confederation of African Football (CAF) has said there is no scientific evidence injuries suffered during AFCON 2017 are down to the poor state of pitches in Gabon.

The state of the pitches has come under hard scrutiny from critics, including Ghana coach Avram Grant, who claimed five injuries had been directly down to the poor condition of the pitches.

“It has not been scientifically proved that injuries are related to the pitch,” said Caf’s Junior Binyam.

“Journalists are assuming that the injuries are down to the pitch but we cannot certify that is the case.

“Even in the English Premier League, which is considered to have the most beautiful football pitches in the world, you have injuries occurring.

“Pending scientific advice, the organising committee has considered that things may go on as scheduled.

“It was clearly expressed prior to this tournament that the Port-Gentil pitch was a matter of concern.

“Thankfully we have had a chance to give the pitch a rest and undertake necessary repairs, so we hope to have a better surface for the quarter-final,”CAF spokesperson is quoted as saying by BBC Sport.