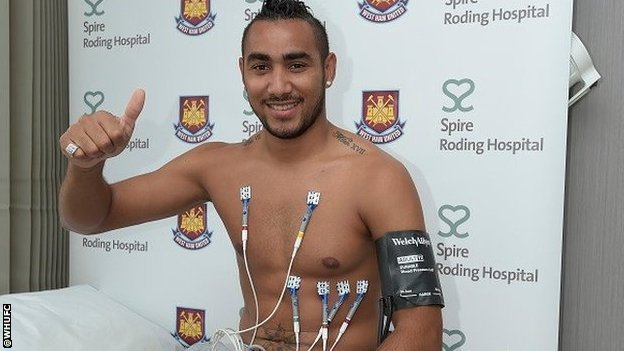 French League 1 side, Marseille, have confirmed the re-signing of West Ham midfielder, Dimitri Payet for a fee in the region of £25m.

Payet signed for Marseille on a four-year contract after a protracted conflict with the London club, which saw West Ham accuse the 29-year-old of lacking respect.

Payet refused to play some recent matches after signing for the Hammers last year on a five and half year deal from Marseille.

West Ham chairman, David Sullivan, lashed out at Payet’s antics in the run up to the transfer:

“The club would like to place on record its sincere disappointment that Dimitri Payet did not show the same commitment and respect to West Ham United that the club and fans showed him, particularly when it rewarded him with a lucrative new five-and-half-year deal only last year.

“I would like to make it clear that we have no financial need to sell our best players and that the decision to allow Payet to leave was in accordance with the wishes of the manager and the interests of squad unity.

“To be frank, my board and I would have preferred for him to have stayed in order to make an example of him, as no player is bigger than the club.

“I am confident that with the quality of the players we have brought in during January already, the squad will be stronger at the end of this transfer window than it was at the start,” he said.

There had been a protracted stalemate over the transfer fee but West Ham finally agreed to Marseille’s final £25m offer on Sunday, after accepting the insertion of a 25 per cent sell-on clause, according to SkySports.