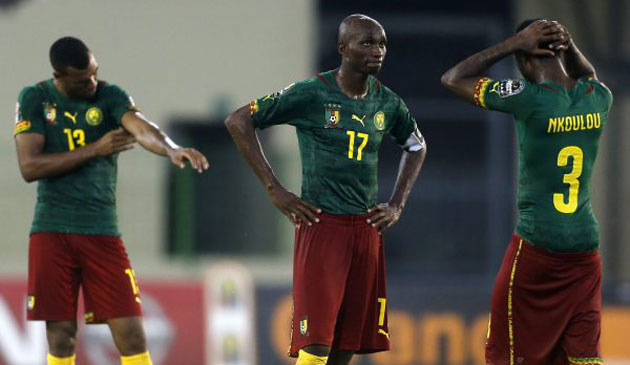 Four-time AFCON champions Cameroon boycotted training in Franceville, Gabon on Monday in protest over unpaid bonuses, according to reports.

Cameroon face Ghana in a crucial semi-final in Franceville on Thursday. Sources say the team demands that government pays all outstanding qualification bonuses before they can resume training. Cameroonian government and the troubled Fédération Camerounaise de Football are reeling at the hands of a financial crisis.

They were handed the ultimatum on Monday by ‘Les Lions Indomptables’. The consequences of the boycott will likely be decisive in their quest for a fifth AFCON victory.

Cameroon qualified for the quarter-finals, where they went on to beat Senegal 5-4 in a penalty shoot-out on Saturday. Reports from the camp claim the team is owed both quarter-final and semi-final qualification bonuses amounting to 12 million CFA francs per player.