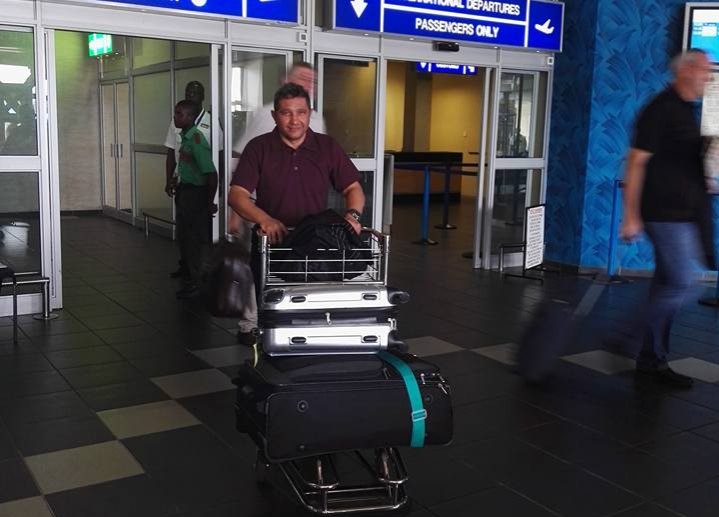 Highlanders head coach Erol Akaby has returned to the club following his holiday in the Netherlands.

Akbay touched down at the Joshua Mqabuko Nkomo airport at mid-day  and was welcomed by Highlanders officials.

The Dutchman had a commendable first season with Highlanders who eventually finished in third place. Akbay had been a target of Triangle and a number of foreign clubs but seems to have committed to leading Bosso again for the upcoming season.

Highlanders are set to leave for a pre-season tour of South Africa this weekend and are expected to play a number of practice matches with ABSA Premiership sides.