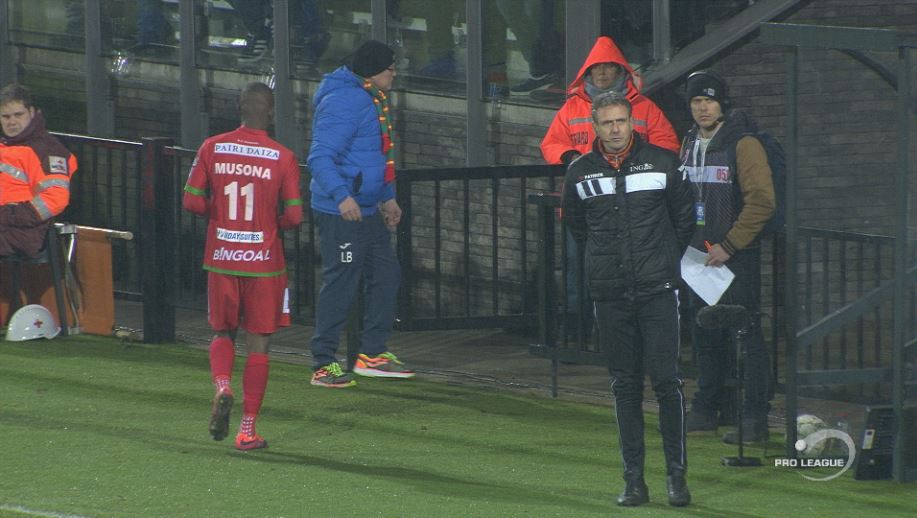 Zimbabwe International striker Knowledge Musona was shown a red card in his team’s 2-0 win over Mechelen.

It was a moment of movement from hero to zero after just a week ago, the striker returned to Belgium on a scoring note.

Musona was sent of for a second bookable offense in the 61st minute after having received the first booking in the 23rd minute for simulating a foul in the 18 yard box.

A Vanlerberghe own goal had given Oostende the lead early in the 19th minute before Godeau sealed victory with 6 minutes of play.

Mechelen could not not make use of their numerical advantage while the win took Oostende to position 5 on the log standings but 10 points behind leaders Club Brugge.

Musona will serve a two match ban for the Red Card.