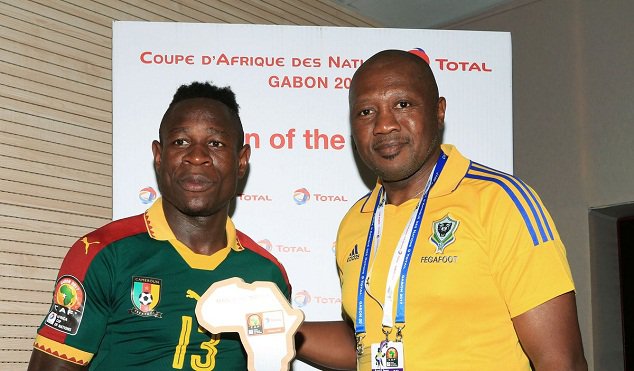 Cameroon’s 21 year old Christian Bassagog has been named Gabon AFCON 2017 Player of the tournament for his leading attacking role in aiding the Indomitable lions claim the Championship.

Bassagog played six matches and scored one goal for the Indomitable Lions on their way to the finals. At the club level, he plies his trade for Danish side AaB, where he has made 30 league appearances so far and scored four goals since 2015.

Meanwhile, Essam El Hadary has added one more feather to his already-crowded cap at AFCON.

Despite losing to Cameroon in the finals of the African Cup of Nations, Egyptian Goalkeeper Essam El-Hadary has been named the best goalkeeper a the tournament. The 44-year-old was in a somber mood as the Pharaohs lost a 1-0 lead to go down 2-1 to Cameroon on Sunday, but his heroic displays couldn’t go unrewarded.