5 Things Zimbabwe Can Learn From AFCON 2017 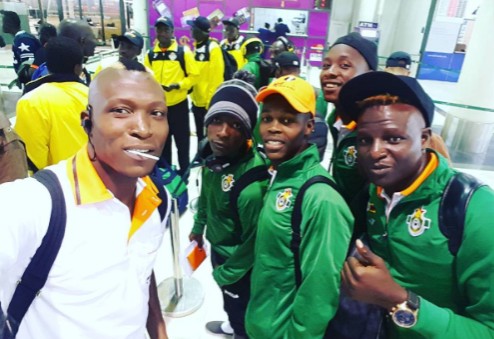 The 34th edition of the Africa Cup of Nations is over and here are five things Zimbabwe can learn:

‘It’s Not Always About Money’

The 2017 AFCON Champions, Cameroon, did not receive bonuses all the way to the finals. In fact during the tournament a bonus row lead them to boycotting training.

The Cameroonians told the world that even though they were not happy, they still had good performances on the field. This was very important as it showed that the players were not there for the money, they were there to play for their country, for the supporters and for themselves.

‘Stability is Not Everything’

‘Bafana-Bafana’, with a wonderful football administration body, failed to qualify – again! In the semi-finals, Ghana, the 2015 AFCON finalists, lost to a country with a troubled government and a broke football federation. In the 3rd place play-offs, Ghana also lost to Burkina Faso, as Cameroon went on to beat Egypt in the final. The ‘indomitable lions’ showed the greater quality of valour; determination.

‘You Need Your Sons Abroad’

Even Senegal showed Zimbabwe that you need to have most of your best players in Europe, not Mzansi. That world class appeal which the Warriors direly lacked adds to the overall dimension of experience. It’s not Cup experience, but this vital exposure becomes the mental prowess which naturally comes with competing at the highest level.

‘You Need A Broad Pool Of Selection’

All in all, due to various reasons, Cameroon omitted a total of 35 professionals; more than three teams of players who could possibly win the Cup on their own, including former Arsenal and Barcelona midfielder, Alexander Song.

Against some of Africa’s best in Senegal and Tunisia the Warriors struggled. However both teams were eliminated in the quarterfinals despite the superiority they had possessed against Zimbabwe.Its now three AFCON appearances and three eliminations at the groups stages , the reality is the Warriors still need a lot to do to reach the level of top African sides. However there is a lot of hope performances against Algeria and the pre-AFCON friendly against Cameroon showed glimpses of the potential the Warriors do have.